We lost a good paddling companion this past weekend. Denny Lewis lost his battle with cancer.
I last talked with Denny at the Earth Day paddle in Flandreau. Due to his condition, he wasn't able to get on the water. He loved the sport so much he drove out to see everyone depart. He longed for a time that he could get back on the water, but admitted it probably would never happen.
Our thoughts & prayers go out to his family.
-----------
Dennis E. Lewis
(April 22, 1952 - August 14, 2010) 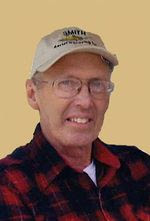 Dennis E. Lewis, 58, of Egan, died Saturday, August 14, 2010 at Riverview Manor, Flandreau. Dennis was born April 22, 1952 at Wells, MN to Claude and Vergean (Stombaugh) Lewis. After his mother’s death in 1953 he moved to Egan and was raised by his maternal grandparents Irving and Emma Stombaugh. Dennis was baptized and confirmed at Egan Methodist Church. While in high school he was a member of “The Thirteenth Hour” band and graduated from Egan High School in 1970. Denny married Roberta Babcock on March 30, 1970 in Kingman, AZ. He worked on the construction of the London Bridge at Lake Havasu City, AZ until 1972. He attended Pipestone Vocational School for meat cutting and then worked as a meat cutter for several grocery stores and at John Morrell’s. He started Lewis Construction in 1989. Denny was proud to have his son, Scott, working with him and took pride in their quality of work. He received his private pilot’s license in 2000 and became a certified scuba diver in 2003. Denny was a member of the SD Pilot’s Association, the AAC, SD Canoe and Kayak Association, a former Egan School Board member and had been to 17 continuous years at the Oshkosh, WI air show. Denny enjoyed scuba diving, kayaking, ham radio and constructing intricate train displays.
Dennis is survived by 3 children, Scott (Tiffany) Lewis, Egan, Jennifer (Eric) Valdez, Sherwood, OR, Roxanne Bush, Bryant, SD; 10 grandchildren, Alyssa, Kyle, Kelly, Jessalyn, Alec, Marissa, Vanessa, Cody, Riley, Wyatt; one sister, Claudia (Alan) Beyer, West Branch, IA; a niece, Stacy and special friend, Carole Cook. He was preceded in death by his parents and grandparents.