We have scheduled additional pool sessions at the YWCA in Sioux Falls.

Both sessions are free to members. Not a member? $10 single / $12 family for a year membership.

SDCKA Board Members will be on hand to work with you on wet exits and reentry. Space is limited for each session - so sign up soon. We will have boats on hand if you don't have one.

I'd encourage you to wear clothing that you typcially paddle in. Getting into your boat might be easy if you're wearing a swimsuit, but if you normally paddle in pants, that could add an extra challenge. Changing rooms are available poolside.

Pool sessions are a great way to help you familiarize yourself with your boat. 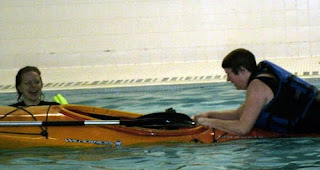 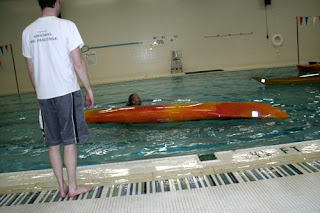 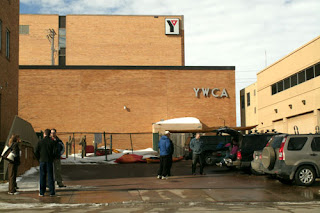 Another Tough Year for Paddling?

A new 90-day outlook from the National Weather Service continues to forecast a high probability of major spring flooding on most of the James and Big Sioux rivers through South Dakota.

The probability of major flooding is the same on the Big Sioux River from Watertown to Sioux Falls.

The weather service said the soil moisture content is above normal, especially in the Big Sioux River basin. It said snow depth has decreased in many areas because of warm temperatures this week, but that water content in the remaining snowpack is high.
Posted by Steven Dahlmeier at 2/17/2011 03:08:00 PM No comments:

I'd encourage SDCKA members to attend this session and share your thoughts with Mayor Huether and Parks Director Kearney.

Sioux Falls’ mayor and director of parks and recreation will talk with the public at an event Saturday morning.

Don Kearney, director of Parks and Recreation, will give an update on the Recreation Needs Assessment Project.

Mayor Mike Huether will discuss any topics involving the city of Sioux Falls.

Kearney will provide a summary of the duties and responsibilities performed by department staff in the winter months, recap the 2010 capital
projects that improved existing park infrastructure, and discuss plans for west-side bike trail improvements.